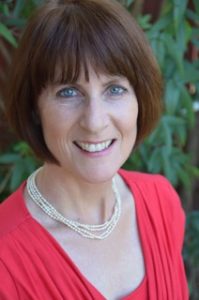 Margaret grew up in Berkeley and still has many ties to the Bay Area, where her twin brother and mother live. Her mother exposed her to Jewish culture at a young age even though her family were practicing Quakers. Both her grandmothers (who held advanced degrees from U.C. Berkeley) deeply influenced her spiritual and academic life.

After receiving her Bachelor’s of Arts Degree in Music from (what was then) California State University Hayward, Margaret went on to pursue advanced music studies at the Early Music Institute of Indiana University, Bloomington. It was a natural transition to begin learning about “early”Jewish music. At Bloomington, she gained an appreciation for the Jewish modes that are an essential part of synagogue music. Margaret then went on to pursue a second Master’s Degree in Sacred Music from Hebrew Union, College-Jewish Institute of Religion in New York, becoming invested as Cantor in 2000.

After moving back to California, Margaret was delighted to make connections with both Congregation Beth Israel of Carmel and Temple Beth El where she taught Hebrew. In 2014 she began co-officiating with Rabbi Marcy Delbick for High Holy Day and Shabbat services. Margaret’s commitment to Temple Beth El and the Salinas community has deepened through her role as Educator at TBE and through teaching a course in ethnic musics at Hartnell College.

Margaret is grateful for the enthusiasm and support that she has received at Temple Beth El, as she works with the Temple family to envision and implement programs and ideas. Together we will strengthen our community.